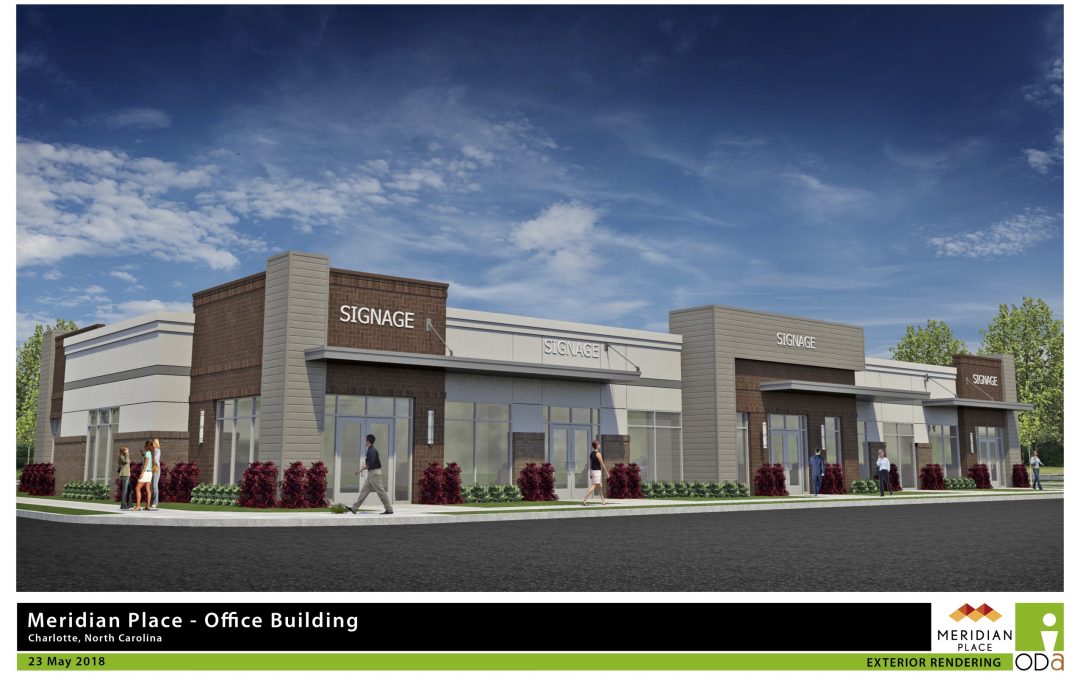 “This is another great milestone for Meridian Place as we add our first offices, a credit union and orthodontics practice,” said developer Roy Goode. “We are thrilled with all that is happening both at Meridian Place and in the MoRA area,” added Goode.

Developed in response to the changing needs of the MoRA area including the extension of the Independence Boulevard Expressway, Meridian Place spans more than a half mile of frontage on Monroe Road between Idlewild Road and Conference Drive. Meridian Place has worked closely with the MoRA community association on several projects including creation of the Embrace public art sculpture and gathering place near the intersection of Monroe Road and Conference Drive as well as a popular concert series launched this past summer.

Enthusiasm and confidence in the area has led to numerous other new projects in the Monroe Road corridor ranging from MoRA Point, a major commercial development just to the north of Meridian Place, to expanded retail and commercial in the Oakhurst area and Crowne Point including a recently opened Famous Toastery.