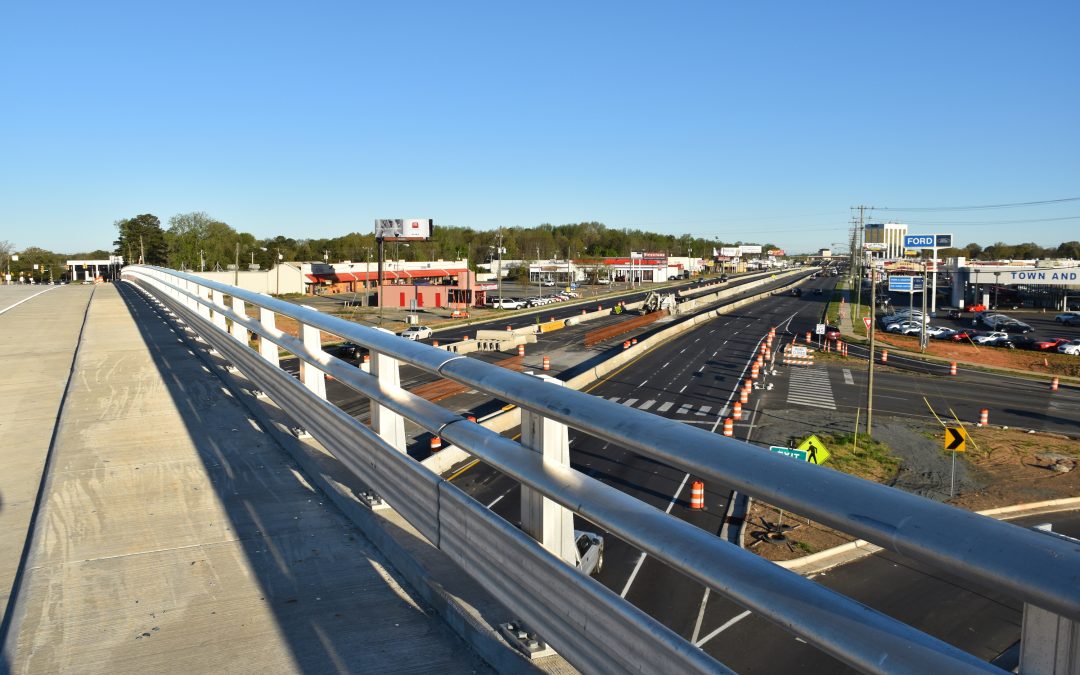 We are thrilled to announce that Idlewild Road is now open allowing motorists to cross Independence Boulevard via its newly completed bridge. The completion of the Idlewild bridge is the last of three major overpasses that are a part of this project including those at Sharon Amity and Conference Drive.

Residents and business people can now enjoy easier commuting through this area including more comfortable driving on Independence as that portion of the Independence Freeway Extension nears final completion expected end of summer.

Read more about this project and learn about the next widening project for the area on Independence near Interstate 485 expected to start in a couple of years.