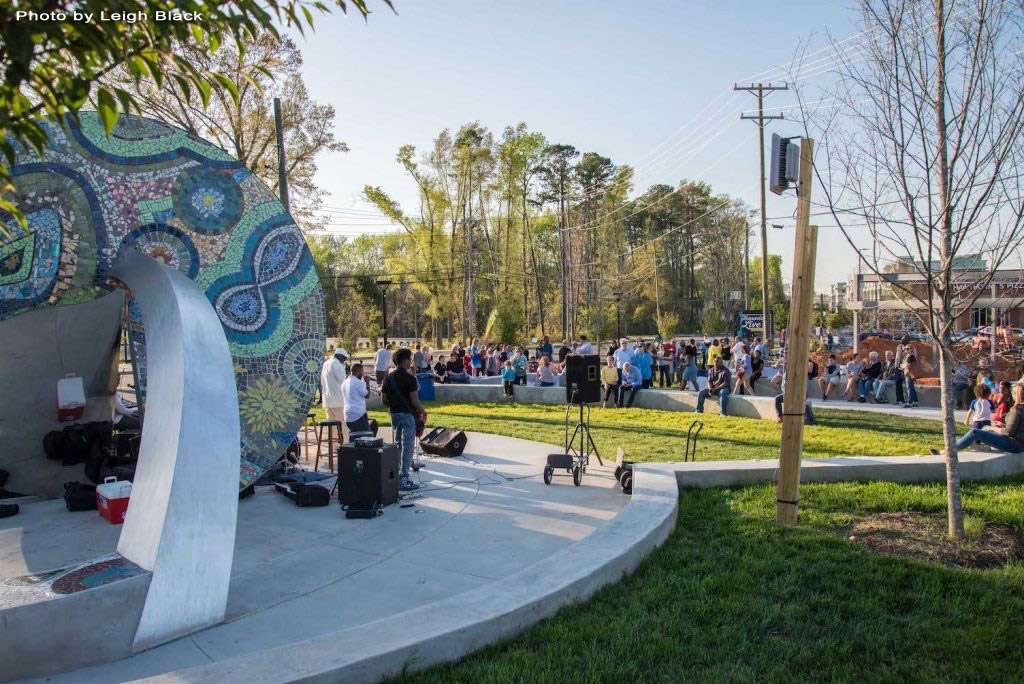 Meridian Place is located in the rapidly evolving Monroe Road corridor in Southeast Charlotte coming to be known as MoRA. it is an area that is changing because of many factor ranging from improved roads and infrastructure to the grass roots efforts of residents and businesses recognizing the opportunities available in this desirable and yet overlooked location close to Uptown Charlotte, numerous schools, parks and greenways.

The expansion of the Independence Boulevard Expressway and creation of new interchanges at Sharon Amity, Idlewild Road and Conference Drive has had a major impact on this vital part of southeast Charlotte strategically located in the path of the Silver Line, light rail line slated for long-term development.

Noteworthy projects and re-development efforts in the area in addition to Meridian Place range from Hendrick Automotive Center on Independence Boulevard to a major commercial project with an Aldi grocery store by Selwyn Property Group and at the corner of Idlewild and Monroe and the expansion of Common Market to Monroe Road. ALC Mosaic is transforming a distinctive former residence at the corner diagonally opposite to the Selwyn project, and East Mecklenburg High School is in the midst of major improvements to its campus in this evolving area.

MoRA and the Embrace sculpture and other art projects

MoRA (an organization known as Monroe Road Advocates) and one giving its name to the area has been a major force in advocacy, education, and community building initiatives for this corridor. MoRA spearheaded creation of the Embrace sculpture in addition to coordinating with the City of Charlotte and Obra Collective on the mural at the north border of Meridian Place.  We appreciate the efforts of MoRA on all of the fronts where it advocates for the area. 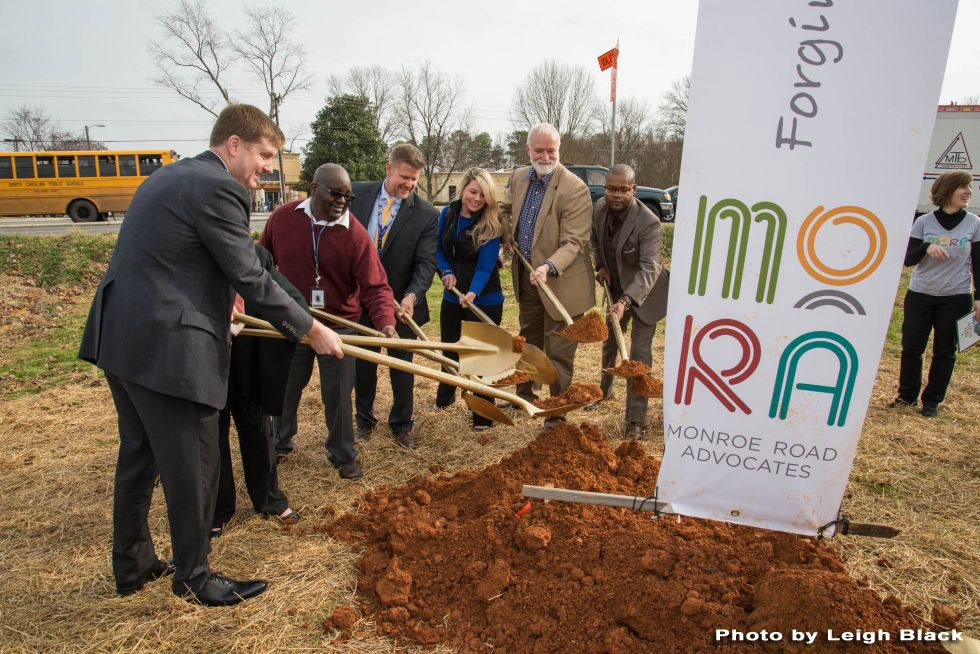