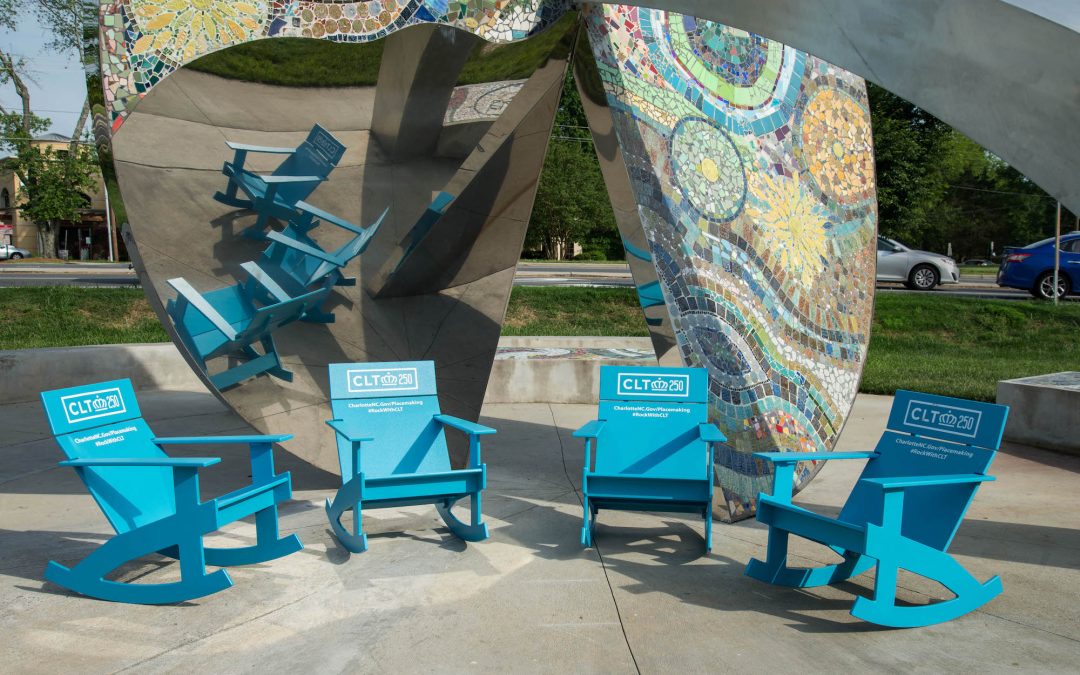 MoRA gained another great accolade this spring as it was included in the City of Charlotte’s 250th Anniversary Celebration. The City’s Placemaking Program placed 100 rocking chairs around the city, and four of the chairs landed in Embrace and are being used daily.  Look closely at some of the recent Thursdays Live photos and you will see them being used by MoRA residents of all ages.  This is another great tribute to our area.